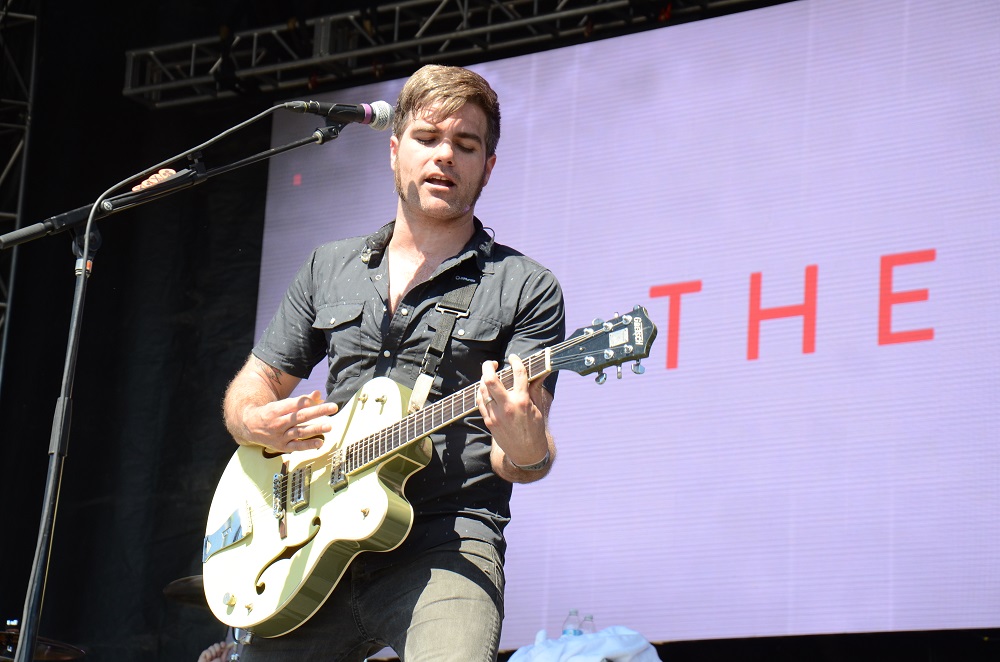 Coley O’Toole is one of those rare multi-instrumentalist, jack-of-all-trades musician. As the rhythm guitarist, keyboardist and supporting vocalist for American pop-punk band We the Kings, he is also an accomplished sound engineer and songwriter. The very talented O’Toole took a minute from touring to chat with us about all-things guitar, music, first loves, where he draws inspiration from in his songwriting and why his original Gretsch Anniversary guitar is one he’ll never part with.

When did you start playing guitar, and what inspired you to want to learn the instrument?

I started off as a drummer, but then I started playing guitar probably 17 or 18 years ago because I wanted to write songs and because all of my friends were guitar players. They were all just great guitar players. I got introduced to so many different styles of guitar through them.

But it wasn’t until one day when I was in our local music store, and I saw this mint green guitar hanging on the wall. I still have that guitar, I even played it today.  It was hanging in the rafters and I went over to it and pulled it down. It was a Gretsch guitar, the 6118 Anniversary Edition, the 50th Anniversary. And I had never seen a guitar like that. The minute I played it — it could have been five thousand dollars, I didn’t care but I needed to have that guitar. So, I bought that guitar. Of all the guitars I have ever had … and I’ve had that guitar for probably — I couldn’t tell you how long actually. I’ve never traded that. I’ve traded a lot of guitars and that is one guitar I will never trade.

Eventually I picked up a Gretsch Players Edition. That’s in an orange finish because my alma mater’s colors are orange and black. And then I got the Tennessee Rose. Each one gets better than the next and they all have a different personality and they all sing differently and that’s what I like. I think I need about 10 more. But it’s a journey. Collecting guitars is a journey.

What was the first song you learned on guitar?

The first song I ever learned was by a band called Bread. I think they were from the 1970s. Their big hit single was called “Everything I Own,” and it’s a love ballad. I learned it on acoustic guitar and I played and sang it for my mom and she cried. And that song is how I also won my now wife, who was my high school girlfriend at the time. I won her over in high school. She called me and I sang her that song over the phone. I love that song. She decided to marry a musician. Poor woman! As a songwriter, if you don’t know that song, look it up! You don’t have to like Bread, but man, it speaks volumes.

What type of tone/sound are you looking for out of your Gretsch guitars?

As a player and as a singer as well, it really resonates with my voice. You can feel the chambers of the guitar, and it helps. It’s like singing with another person when you can feel it. As opposed to some solid body guitar, when they’re plugged in, that’s the only time you get the sound. If they’re not plugged in, there’s no resonance. And that’s the big part. Music is supposed to sing, and a guitar that sings without any electricity running through it, it’s a step ahead of the game already.

Is there a certain style you prefer to play on your Gretsch guitars?

Anything really. I like to finger pick on them. Anything that you want a melody to sing on, this is the guitar for you. Even if you play open chords, it sounds amazing. I think it’s a songwriter’s guitar. If you look at the history of the people that played these guitars, Chet Atkins, they are all songwriting guitar players because it speaks to them. And if a guitar sings to you, like Gretsch guitars do, you’re going to sing back to it. There’s a relationship, and that’s very true that a musician needs to have a relationship with his instrument.  It’s a soul search. I’m happy to have found three awesome guitars that I really love.

When you’re onstage how does your Gretsch interact live and with other instruments? What does Gretsch do for your sound?

If you want the low-end, full bodied growl, then yeah, a Gibson guitar will do that for you. The Fender has a nice twang, the pretty high-end to it. But these Gretsch guitars have that nice mid-range and they are filling out the spectrum. And when you’re up there, you can hear that. I play through a 1×12 combo and with the pickups on my Gretsch, you can interact with the amp. You can sustain the note and really bend it to the frequencies of the amp and get a nice sustain out of it. That’s what I really like about it. It pretty much plays itself. If you can get your fingers up and down the neck of the guitar, the guitar will help you play it. And the size— everything is accessible. As a player, all your knobs, all your pickup switches are right where you want them to be.

I think everybody that goes to guitar lessons, hopefully you get a chance to play one of these guitars. I let all my students do it and it’s a real treat. 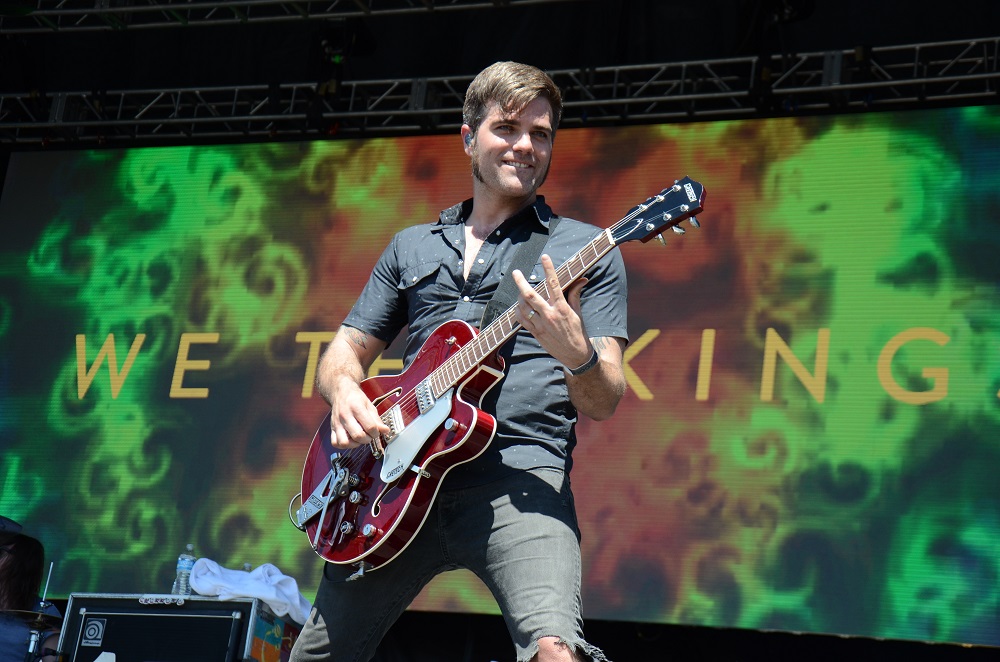 The Tennessee Rose is new to your collection. How has it inspired your songwriting and what have you written with it?

On this particular guitar, I think I’ve written five now. Yeah, five that I would commit to. I mean, many ideas have passed over this fretboard, but five songs have been written on this. That’s the best thing about guitars. Anytime I go into a used shop, every guitar has a song, every guitar has a history. You’re not going to write the same song on the next guitar. There’s ghosts that live in it, and because this is new and because this was given to me, I hope long after I’m gone this guitar will still have the ghost of music in it.

You also mentioned being introduced to so many different styles of guitar by your friends. Who are some of your biggest inspirations?

Neil Young, my dad – just because he’s a tough guy. It’s hard to say. I’m inspired by so many people. I think every one of my friends who I keep in my close community is who I’m inspired by, hence why I’m friends with them. People are amazing. You don’t need someone famous to be inspired by—it’s the people closest to you who I think rub off the most. You don’t realize it until you do. It’s true, it’s everyday people. This band, the people in this band — they’re my brothers. I love them to death. I’m inspired every day for the better or the worse by them and we’re living this wild dream together and I’m grateful every day.

Finally, what are some of your must have things when on tour?

Coley: Must have things outside of music?

I need my running shoes. I have to run every day. That will keep you sane because tour will drive you crazy. My journal. I can’t live without my journal. And oh, baby wipes. I can’t live without baby wipes. Touring is a dangerous game. You should always be sanitary on tour. Coffee, I need coffee. At this point I think it’s a placebo effect but I still need it. And I need black jeans, otherwise I would not feel like a rock star.